Satellites – The Future of Methane Measurement? 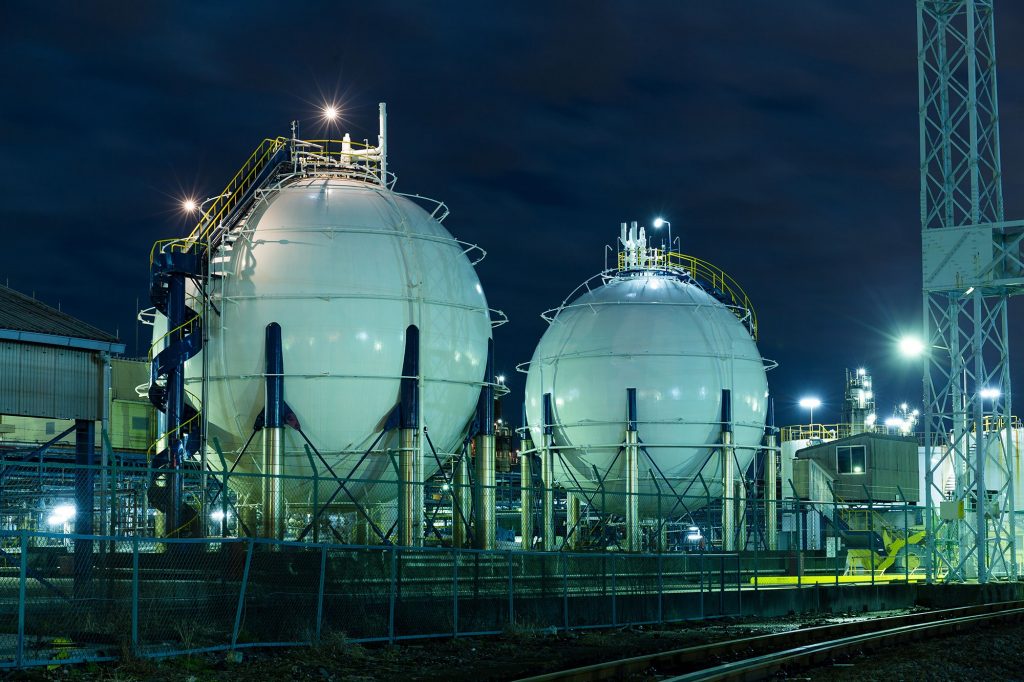 Methane is the second most important greenhouse gas after CO2. While emissions are far lower than CO2 it has a far higher global warming potential and so is responsible for 25% of today’s anthropogenic climate forcing (Myhre et al., 2013). Methane is the main constituent of natural gas, which is important due to the increasing use of natural gas as a transition fuel. Measuring and estimating emissions from the natural gas supply chain is difficult due to methane being odourless and colourless, and emissions being widespread and intermittent. Should the emission rate of methane be higher than currently estimated the climate benefits of gas relative to coal could be wiped out.

How are emissions measured

Methane emissions from the natural gas supply chain are currently estimated using either bottom-up methods, such as handheld devices and mobile laboratories, or top-down methods such as aeroplanes and satellites. A current issue is that bottom-up methods tend to estimate lower emission rates than top-down methods, even in the same area, and it is not clear whether one is under or another over-estimating emissions.

Satellites have been used for detecting and measuring methane for 20 years. During this time their technology has improved massively, largely by lowering minimum detection limits and increasing resolution. As their technology has improved, their potential role in the natural gas industry has been realised. It is widely hoped they will be able to provide comprehensive coverage, detecting all emissions in an area (which may sometimes not allow access), while returning daily, providing constant measurements. This is highlighted within the EU’s methane strategy, which promotes the Sentinel 5P satellite as capable of measuring global emissions (European Commission, 2020).  However, there are many reasons why satellites might not be up for the task just yet, while still having immense potential in the future.

Satellites have a few issues that are not widely enough discussed, the first being non-detectable pixels. A pixel is the base unit a satellite reports data in, these range from 60km2 for Envisat to 7km2 for Sentinel 5P all the way down to 50m2 for GHGSat. There are many factors that can cause a no detect in a pixel, such as aerosols, albedo and terrain, but the most important is cloud cover. Spectrometers onboard the satellites are what measure the methane; there are many ways to do this but a common one is using sunlight that is backscattered from the earths surface into the spectrometer. The absorption peaks are then analysed and the total concentration of methane in the column is outputted (Jacob et al., 2016). It is clear then how clouds could interfere with this process, with thin clouds causing too much noise for accurate results and thick clouds completely blocking out the sunlight. Many places that produce gas are cloudy virtually year-round (Russia, Canada), meaning there is no way to measure every day of the year with many areas having at best a couple days coverage per pixel per year. Technology has improved over time and will continue to do so, and new methods of reducing the noise from low cloud coverage have been developed, but there is still a long way to go.

A second issue is the minimum detection limits (MDL) of satellites. The MDL is a consequence of the uncertainty within the satellite’s instruments. This will lower as technology improves, and it is possible to reduce over repeated measurements. However, many of the emissions from natural gas are low level and spread out, such as from wells, meaning satellites are unlikely to be able to discern these from the background noise. The saving grace of the MDL is that emissions from natural gas follow a superemitting profile, where a few high emitting sources are responsible for the majority of emissions (Brandt et al., 2016). These are far more likely to be detected by the current crop of satellites and have been a common use of satellites thus far.

Another aspect of satellites that does not receive enough, if any, attention is the time of overpass. This is fundamentally important when measuring emissions from intermittent sources prevalent across the natural gas supply chain. Should a large emission occur immediately before an overpass the methane will have no time to disperse, increasing the likelihood it is above the MDL and detected. Should the same emission happen hours before an overpass, there is a long time for winds to disperse the emission into nearby pixels, or even distant pixels if long enough has passed. This results in no detection happening and zero emissions being attributed to the pixel. Conversely, if the emission rate detected in the first scenario was extrapolated up to a daily or yearly average, it would greatly overestimate total emissions. Increasing the number of days measured would reduce this effect, or having several satellites working in tandem, measuring at different times of day would help solve the issue.

The counter to some of the issues raised is in the newest crop of ‘paid for’ satellites. Where the data is not freely available online, but private institutions pay for access, such as GHGSat. These satellites have far higher resolution and lower MDLs. The higher resolution increases the likelihood of an individual pixel being cloud free (chance of no clouds in one of 10,000 100m2 pixels or one 10km2 pixel). However, I believe these satellites play a different role, more comparable to an aeroplane than a traditional satellite. These satellites do not have the ability to globally track emissions daily, but target specific facilities. A hope is that these satellites could work in tandem with more traditional satellites, where one would scan the globe and detect an area of interest, and the other then has a more detailed look. All of this being possible rapidly, stopping hidden emissions far quicker than ever before. With the recent launch of GHGSat C (Iris) and the upcoming launch of MethaneSat this seems a very real possibility.

So what’s the role of satellites now and in the future? Currently satellites are useful for research, but uncertainties are too high for commercial use in the most part. However, satellites can currently play a very helpful role in locating superemitters. As technology improves satellites will become more useful, this will be aided by more satellites coming online, working in tandem to mitigate some of the limitations. Satellites have the potential to comprehensively measure emissions globally at the drop of a hat, this potential has received, and deserves, the time and investment fitting of such a game changing climate change technology. I am hopeful in the near future satellites will be the primary way of measuring methane globally.

Read Satellites – The Future of Methane Measurement? in full