Dr Ivan Garcia Kerdan, a research associate at the Sustainable Gas Institute (SGI), at Imperial College, is developing a specialised energy systems model for Brazil which will help ensure the country has a low carbon economy in the future.

In this short blog post, Ivan tells us about how he is building a picture of the Brazilian energy economy and gathering data for a specialised MUSE-Brazil (funded by FAPESP/Newton Fund). 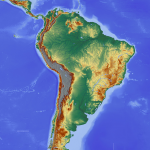 Currently Brazil is in a post-World Cup/Olympic hangover, with the country’s economy shrinking for two years in a row. This has resulted in reduction of energy consumption in every sector of the economy. Between 2015 and 2016, the economic sector that suffered the most was Agriculture, where there was a reduction of 10.4% in energy use.  Energy use also has decreased across the energy (by 5.3%) and industrial sectors (1.1%). But on the other hand, the energy sector has increased its domestic supply. Fortunately, the Brazilian economy is already showing good signs of recovery. It is expected that there will be a 60% growth in the domestic energy demand in the next decade, and therefore careful energy planning is needed.

Currently Brazil  has clean energy mix, with 46% of its energy from renewables (hydropower and biofuels). MUSE-Brazil aims to generate plausible transitions to ensure a low carbon energy system remains. The framework for the model is based on a global energy systems model, MUSE , being developed at SGI.  MUSE-Brazil

will help us understand what role natural gas (a transitional fuel) and biomethane will play in the energy system in 2050.

So how does Brazil’s developing gas market currently look? 10% of the country’s primary energy supply comes from gas. Brazil’s gas reserves are around 388-453 billion m³, with a daily production rate in 2016 of 103.8 million m³ and a reinjection rate of 35.0 million m³. Brazil also imports 32.1 million m³/day, mainly from the Bolivian pipeline and LNG imports. In the case of biogas and biomethane, despite a large production potential of between 63-100 million m³/day (mainly from agriculture and livestock residues and vinasse),  there are only 33 biogas power generation plants in operation. This accounts for 127 MW installed capacity. 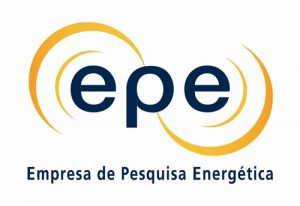 In order to get a better understanding of the current Brazilian energy situation, I visited the largest two cities in Brazil, Rio de Janeiro and São Paulo. My first visit in May was to Rio and the EPE (Empresa de Pesquisa Energetica or Department Energy Research). This  department is linked to the Ministry of Mines and Energy, and supports studies and research in planning the national energy sector.

Interestingly, EPE was created in 2004 after blackouts occurred in the country at the beginning of the century, which was mainly attributed to lack of planning. It was also in this period that the majority of the current gas-based power plants installed capacity were put in place (currently this stands at 12.9 GW), and provides the much-needed energy security to the power system.  Ricardo Gorini’s team from the energy economic department arranged meetings with specialists at each one of these sectors. As part of my work on MUSE-Brazil, I need to fully comprehend the specific characteristics of every energy subsector in the economy and the various interactions between them.

While in Rio, I also visited UFRJ-COPPE Energy Planning department led by Prof Roberto Schaeffer. This department is the first energy planning programme in Brazil and is recognised worldwide for its contributions to the international reports on climate change.  Characterised by an interdisciplinary approach, it associates the technological dimension of energy with political, economic, social and environmental aspects. At COPPE, I learnt  more about their own energy system model (MESSAGE-Brazil) which aims to evaluate Brazil’s role in a low carbon global economy and has been used to produce outputs for government and academic reports.

During my first visit to Brazil, I also spent  time at USP which is also the home of the Research Centre for Gas Innovation (RCGI). This Institute works very closely with the Sustainable Gas Institute (SGI). RCGI aims to examine the sustainable use of natural gas, biogas, hydrogen and management, transport, storage and and usage of carbon dioxide on a global scale.

In late September, I returned again to São Paulo, and USP to present an update of MUSE-Brazil based on some of my findings from my first trip. Although the model is still in its early stages, this was also an opportunity to present at the joint SGI/RCGI conference, Sustainable Gas Research & Innovation 2017.

RCGI projects are spread across three different disciplines: i) Engineering, ii) Physical-Chemistry and iii) Policies and Economics topics. At the conference, some of the most insightful presentations were, “Studies of the application of laser (LIDAR) for atmospheric pollution measurement” by Roberto Guardani, which focused on the application of remote sensing to measure fugitive emissions associated with the petroleum industry. I also enjoyed the presentation given by Renato Romio and Clayton Barcelos, “Development of a hybrid penta-fuel flex vehicle” which uses big data techniques to understand the use of a hybrid car in real traffic conditions with the aim of improving efficiency in the transport sector. It is planned that some of these outputs, directly or indirectly will be used in MUSE-Brazil to populate the model.

Several contacts and collaborations have been put in place from this visit.  I am looking forward for the upcoming year and expecting great results from this collaboration. Most importantly, the insights gained from my experience at both at UFRJ/EPE in Rio de Janeiro and USP in São Paulo has been crucial for understanding the requirements, needs, and challenges of the energy sector in Brazil.

What I am taking away from my time working in Brazil is that although there is still plenty of research to do, we are following the right path to understand the potential of Brazil in a low carbon economy. More data and modelling efforts are still necessary to produce robust outputs with MUSE-Brazil. The model should be ready by April 2019; we will provide open access to the code and the majority of the data.

About the author: Ivan is currently based in the Department of Chemical Engineering at Imperial College. He has a degree and MSc from the National Autonomous University of Mexico (UNAM) and a PhD in the Energy Institute at University College London. His areas of interest are energy analysis, thermodynamics, low-carbon technologies, energy systems modelling and optimisation.

Read Insights into a Brazilian sustainable energy future in full