Sasha’s work experience at the SGI 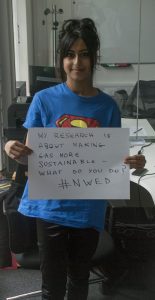 Every year, the Sustainable Gas Institute offers a unique placement opportunities to students to come and work in the research Institute for the summer.

In July, Sasha Dorai, a third year geology student from Imperial College, helped us prepare the groundwork for a large systemic review around the issue of “unburnable carbon” – a topic that has gained increasing  interest among environmentalists, energy researchers, industry and investors over the last few years.

We interviewed Sasha about her career aspirations and about her work in investigating this highly debated issue.

What first captured your interest in studying geology?

What I like most about geology is that it involves the study of past, present and future landscapes. The subject also combines a broad range of scientific topics I’m interested in from hydrocarbons, minerals and other natural resources to tectonic activity and climate change.

How did you find out about the Institute, and what first sparked you interest in working here?

The Institute Director, Professor Nigel Brandon was my lecturer for one of my modules. He told us about the Institute, and the research being carried out.
Last summer, I had an internship with BP where I gained a broad insight into projects carried out in industry.  So this year, I really wanted to further this experience with something a little different by working on an academic research project instead.

So can you tell us a little more about the project?

I am currently assisting Sara Budinis, a research assistant at Sustainable Gas Institute (SGI), with a systematic review of literature for a new and upcoming White Paper relating to a topic known as the ‘unburnable carbon’.

Can you explain what you mean by the ‘unburnable carbon’?

The world has a constrained greenhouse gas emissions budget to ensure that global average surface temperature does not rise more than 2⁰C.

So to stay within the global carbon budget there needs to be a significant reduction in the energy consumption. This is known as ‘unburnable carbon’ – reserves that cannot be combusted if the global carbon budget is not to be exceeded. In order to mitigate the effect of climate change, companies need to either reduce energy consumption or develop modern technologies such as Carbon Capture and Storage (CCS) or other methods to store carbon in reservoirs and underground storage.

What exactly is a ‘White Paper’ and why do you think a systematic review is important right now on this topic?

Although, there has been some research into the area of a ‘unburnable carbon’, so far there has not yet been a comprehensive and rigorous analysis of the all the evidence covering the full breadth of the subject area, especially in relation to how technology can have an influence. It’s also a relatively new concept and therefore needs further enquiry. 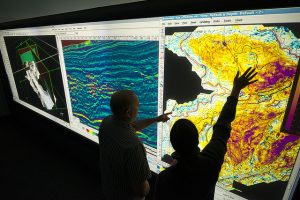 What did the research actually involve on a day-to-day basis?

The topics and terms, I was looking for included fossil fuels, unburnable fuels, reserves, the carbon budget, climate change and many more. My search covered technologies and methods including carbon capture and sequestration; a technology used to capture carbon dioxide emissions produced by the combustion of fossil fuels, electricity generation and other industrial processes.

I also looked at a lot of non-peer-reviewed grey literature from organisations such as the International Energy Agency (IEA) and the United States Department of Energy as well as other government websites.

What do you think is the overall importance of this project?

The ‘White Paper’ explores economic aspects as well as focusing on scientific and technological aspects – the use and role of hydrocarbons.

The concept is important to science as well as society as we are in an era where we are currently heavily reliant upon hydrocarbons.

What have you enjoyed most about the research and working at the SGI?

The research was extremely interesting and I learnt a lot along the way. It was good to also experience working in a smaller organisation – everyone at the Institute was extremely warm and welcoming.

Working at the Sustainable Gas Institute has allowed me to also broaden my horizons and learn new things – including new technologies.

What do you plan to next year?

My plan this year is to start a Masters in Petroleum Geoscience, also at Imperial.

About the Sustainable Gas Institute

The Sustainable Gas Institute is a multidisciplinary institute which is exploring the role of gas in the future world energy mix. The SGI publishes papers relating to controversial issues and important topics in science including sustainable energy systems. The researchers expect to finish the ‘White Paper’ report in Spring 2016.

Read Sasha’s work experience at the SGI in full