On September 22nd the UK Government announced the official lifting of the moratorium on fracking for shale gas. This was a ban put in place in 2019 after much opposition from community groups and environmentalists, as well as a report by the Oil and Gas Authority.

The Sustainable Gas Institute’s Dr Jasmin Cooper began her research career investigating shale gas and shares her expert perspective on why this policy U-turn could be a red-herring for the UKs energy strategy.

Shale gas is natural gas that is produced from shale formations. It has the same composition and chemical properties as the natural gas we’re all familiar with, but the key difference is in the rock the gas is extracted from. In conventional gas reserves, like those in the North Sea and Qatar, natural gas is extracted from a porous rock such as sandstone. Being porous, there are channels the gas can travel through which makes extraction relatively straightforward. Shale is not porous, so the natural gas is held in pockets which are not connected. Therefore, to make the gas extractable, fractures must be artificially created to connect the pockets and provide a pathway for extraction. The process, called hydraulic fracturing, has become more commonly known as ‘fracking’.

Hydraulic fracturing is when a mixture of water, sand and chemicals (including antibacterial agents and chemicals which make the solution more viscous) is injected into rock under high pressure.  Large quantities of the solution are needed along with energy to inject it at the pressures required.

The 2019 Conservative Party manifesto pledged the moratorium would not be lifted unless hydraulic fracturing could be proven to be safe scientifically – in regard to earthquakes caused by hydraulic fracturing. But since then, there has been little scientific evidence to prove it is. The British Geological Survey (BGS) published a report on September 22nd 2022 which found that more work is needed to understand the risk of earthquakes, as well as how to manage those risks.

Hydraulic fracturing has been carried out on a large scale in the USA, where it led to a significant increase in natural gas production and is credited with transforming their gas market.

Understandably, the transformation in energy security and the jobs a shale gas industry could create are put forward as the main arguments for developing it in the UK. The energy crisis in Europe as a result of the Russia-Ukraine conflict  – with gas prices climbing to a record high as mainland Europe shifts away from its dependence on Russian gas – is another driver of the Government’s decision to lift the ban- with the intention of boosting domestic production and lessening the rise in energy costs.

But the UK is quite different to the USA, in the geology, extent of our reserves and onshore infrastructure to manage any gas extracted. As of September 2022 there are no commercially operating shale gas wells in the UK, and just two exploration wells, both owned and operated by Cuadrilla.

It takes time to determine whether a shale gas well will produce marketable quantities of gas, and many tests are needed.  Surveying the geology of the site, studying core samples for the presence of gas, as well as hydraulic fracturing tests so see how much gas can be liberated – these all take time.

Given the minimal shale gas activity in the UK since 2010  – when the first UK shale gas exploration well was drilled – it is highly unlikely the industry could grow in size and scale at the rate required to have the desired impact on energy supply and security.  It’s also questionable whether shale gas could have an impact on energy prices. The UK’s oil and gas industry is largely in the North Sea. Unlike the USA there is little onshore supply chain infrastructure. Significant investment into new infrastructure to process shale gas to pump it into the UK’s gas grid will be needed. These, in addition to the costs of drilling and hydraulic fracturing could make shale gas far less cost competitive than the Government are suggesting.

Overall, it is unlikely the lifting of the moratorium will have an impact the UK’s energy security and prices. The small scale and limited activity of the industry mean there is a long way to go before the industry could reach commercial scale productivity. The strong social and environmental opposition would likely also slow down any progress in developing a shale gas industry. All in all, shale gas is not going to be an answer to the UK’s energy crisis and other avenues would be better to explore.

Investigating the state of low-carbon transport policies at COP22

Last week, Arnaud Koehl, a PhD researcher at the Department of Primary Care and Public Health at Imperial College, attended the United Nations Conference of the Parties COP22 climate conference in Marrakech. Arnaud is investigating the kind of sustainable transport policies that could co-benefit health and the economy while addressing climate change.

The importance of transport in combating climate change

The transport sector represents about 14% of worldwide greenhouse gases emissions (Intergovernmental Panel on Climate Change IPCC, 2010). More worryingly, the International Energy Agency (IEA) projects a huge growth in private motorised modes of transport; according to these estimates, there will be around 2 billion cars on the roads by 2040! It is therefore paramount that we find low-carbon pathways that will meet the increasing demand for mobility.

So how will these transport emissions (addressed by the Paris Agreement) be enforced by 2020? The way the Agreement is framed relies on the good will of each nation or signatory: countries put forward policies to reduce greenhouse gases emissions for each economic sector (e.g. industry, agriculture, housing) themselves. The legal name for these voluntary targets is “Intended Nationally Determined Contribution” (INDC). This architecture provides the flexibility needed to address climate policies according to the local context. This strategy proved to be quite successful as three out of four of all countries mention transport in their INDCs.

In the spirit of the Paris Agreement, COP22 proposes a “strong vision, light touch”. I was particularly interested in what this meant for China. The National Development and Reform Commission (NDRC), an important governmental body, just released a report titled “China’s policies and actions for addressing climate change – 2016” .

This report mentions that fuel efficiency improved by 15.9% (2005) for private cars and ships and by 13.5% (2016) for the civil aviation sector. A director at the NDRC, whom I interviewed, stressed that this was the result of an emphasis on “green, circular, low-carbon” policies imposed on the private sector within the 12th (2011 -2015) and 13th  (2016-2020) five-year plans of the Chinese government. He was also clear on the fact that these policies are being tested and implemented through thousands of projects around China.

In terms of transport modes, I found a clear consensus on acknowledging the benefits of implementing 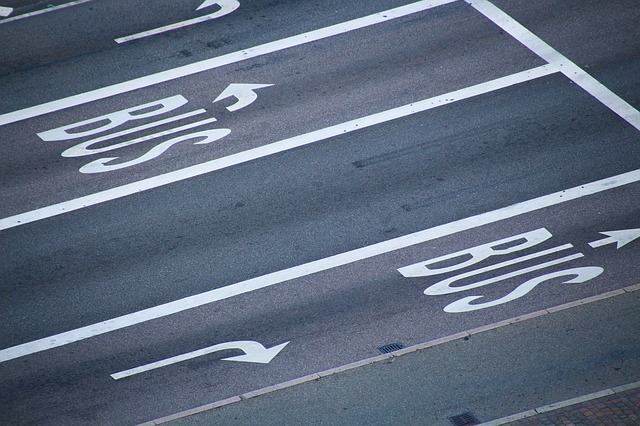 Bus Rapid Transit systems across populated urban areas. These are dedicated lanes, typically in the center of the road. The increased use of trains and trams were also leading to a consensus between representatives from differing nations, such as Ethiopia and the United States. Smarter forms of using private motorised modes, such as carpooling, car-sharing, on-demand taxis were also seen as potential ways of reducing emissions.

Beyond its final results, COP22 was also the opportunity to seal partnerships to spread good practices internationally. Initiatives from official actors and civil society are soaring in an attempt to implement green policies on time. A good example is Mobilise Your City, gathering 100 cities around the world supporting local governments in developing countries to plan and foster sustainable low-carbon urban mobility. A core belief that Mobilise Your City is promoting among its members is that improving mobility is only relevant if there is a net well-being effect.

How research at the Sustainable Gas Institute can help 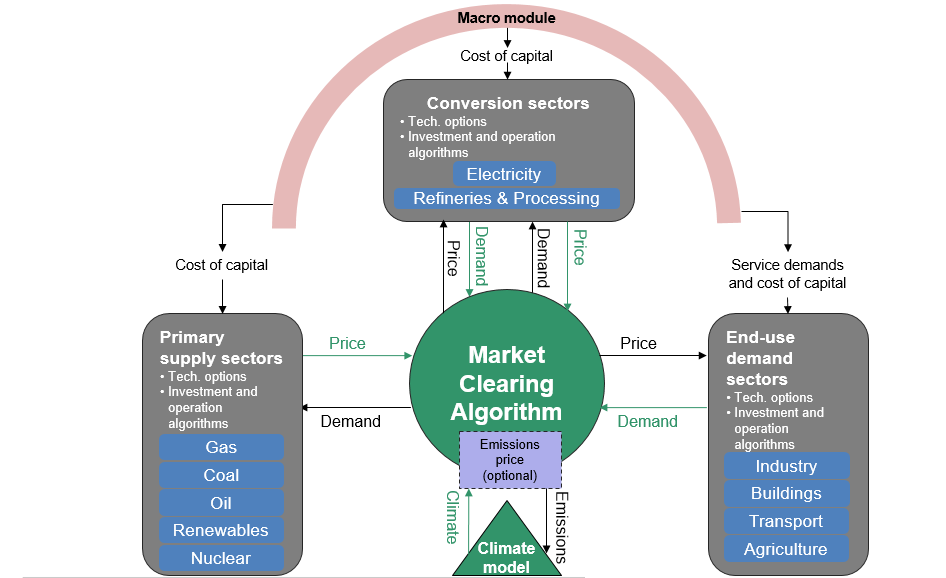 At the start of the year, I was working on the transport module of a new energy systems model developed by researchers at Sustainable Gas Institute (SGI), Imperial College London. The model is called MUSE (Modular Universal energy system Simulation Environment). The aim is that industry will be able to use the model for technology and R&D roadmapping, while it will help international governments make future plans for climate change mitigation.

Uses of the MUSE Model

MUSE could help answer key COP22 issues. Many participants at COP-22 stressed the lack of research on freight transport, despite the fact that it represents half of overall transport emissions. By taking into account freight-related transportation, MUSE enables us how to assess how policy-makers could avoid unwanted developments, such as a spread of high polluting cars, by looking at the incidence of the price of new technologies based on factors such as economic growth.

Another major opportunity would be to look at the improvement in fuel efficiency of current technologies, such as diesel, petrol and hybrid. Indeed, the share of electric vehicles in the world’s fleet will soar, but fossil fuel powered vehicles will remain an important part of the equation until 2050.

Finally, the MUSE model allows to test such interventions at the national level, which is a relevant scale as powerful policy-makers are often found in capitals. Sanjay Sath, from The Energy and Resources Institute, and Jose Viegas, from the International Transportation Forum expressed the necessity of adopting a dual approach, by implementing national policies at the local level. In that perspective, many highlighted the critical need to get more indicators measuring the progress of environmental policies on the ground to ensure of actual improvement of well-being. An example of such indicators is the proximity of public transport to social housing.

MUSE could make the most of the currently available data in order to give an insight on the future place of transport in urban dynamics, and thus help calculating these indicators further.

You can find out more about MUSE here.

In Riga on January 14th, Estonia, Latvia and Lithuania signed a declaration on energy supply reliability, providing for the formation of a single gas market in the region and connecting the Baltic countries with the West European power systems.

Ministers from the three countries met to sign the so-called ‘Declaration on Energy Security of Supply of the Baltic States’, which has been branded as a way of further integrating them into the internal European energy market.

“Signing of the Energy Security of Supply declaration marks the beginning of the important and irreversible shift in our region towards liberal, transparent, competitive and fully functioning regional gas and electricity markets,” Minister of Energy of the Republic of Lithuania, Rokas Masiulis, said.

More than two decades after the end of the Soviet occupation, and a decade after they joined NATO and the European Union, the Baltic republics had remained disintegrated from the rest of Europe in one crucial way: their natural gas infrastructure isolated them into ‘energy islands’. Now for the first time in their histories, Estonia, Latvia, and Lithuania have a chance to secure their energy independence by connecting their natural gas networks with those of their European allies and evolving them into market-based trading systems.

These three small countries on the EU’s periphery are now poised to help the EU achieve two key strategic goals: to establish a single European energy market and to weaken Gazprom’s grip on European gas. With Croatia due to open an import pipeline and LNG terminal on the Adriatic coast, it’s likely that Russian domination is about to be further reduced.