We recently interviewed Dr Sara Giarola, Research Fellow at the Sustainable Gas Institute and the lead modeller for the energy systems model, MUSE. We asked her about how policymakers in governments are using MUSE and other models to inform their decision making for COP-26.

What is an energy systems model? Why are they important?

It was the Oil crisis in the 1970s that prompted the development of tools which described the links between energy supply, demand, and their impact on the energy security of many nations in the world. These tools were the first known energy system models.

An energy system model is a mathematical representation of the sources of energy (e.g. renewables and fossil fuels), the destinations for energy (or “end-uses”, which include all the diverse needs of energy of our society, from the electricity consumed in our houses to the electricity used to run electric vehicles), and all the possible ways with which energy can transform from one to another form. For example, wind power can be converted into electricity in wind farms and distributed to our households.

Energy system models can be quite diverse. However, their communal strength relies in combining energy technologies, with environmental (for example, the interactions between energy and climate) and societal factors, and different policies. This makes them privileged tools to evaluate the implications of climate policies and industrial strategies.

What is your background?

Being a chemical engineer, I have always been fascinated by mathematics, especially when used to describe phenomena occurring at any scale, from chemical reactions to interconnected macro-systems. Since my PhD, which was on the optimisation of biofuels in transport, I became interested in energy problems and made energy system modelling one of my main research interests.

What is unique about MUSE?

MUSE (ModUlar energy system Simulation Environment) models all the possible ways in which energy can be transformed on a global scale. It differs from existing models in many ways, but the agent-based nature of the model is particularly important. Models attempt to capture the behaviour of individuals within an environment. MUSE has an accurate description of the investment and operational decisions made in each geographical region and sector.

MUSE, not only describes each energy sector model (e.g., natural gas or renewables) presenting a comprehensive picture of all technologies in the sector, but also captures the diversity of drivers. These drivers are what lead firms and consumers to buy a specific energy technology rather than another one, and build upon factors such as education level, wealth, principles, and socio-cultural context.

In compliance with the Paris Agreement, governments need to take fundamental decisions around their plans of actions for reducing the greenhouse emissions. Energy models can be used to run “what-if” analyses asking questions around the shape of the energy mix in the future. Many of applications will be published in an IPCC Assessment report to be published in 2022. 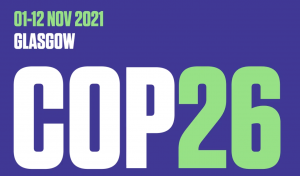 The upcoming UN Climate Change Conference of the Parties (COP26), will be a milestone review of current achievements and future targets in the decarbonisation process. One of the key questions which the world will have to face will be around securing a global net-zero target by 2050 while keeping the 1.5 degrees limit in temperature increase compared to pre-industrial time. In order to answer this question, the modelling community has been involved in an unprecedented effort to help provide evidence through model inter-comparison studies to help facilitate transparent and robust dialogue between stakeholders.

Who has been interested in the model? Who have you worked with?

MUSE is part of the the Paris Reinforce project and of the Climate Compatible Growth (CCG) programme.

CCG is a UK-research programme developed in preparation for COP26 to support investment in sustainable energy. Among the many research outputs, CCG analysts have produced a multi-model comparison study where four global energy system models and selected power sector models, were used to investigate the timing and rate of the global coal phase out, which is essential to foster a Paris Agreement-complaint energy system.

What challenges have you faced?

One of the main difficulties of the energy system models, is to translate into research questions stakeholders’ concerns: workshops and surveys are important to identify their priorities. Similarly, translating the research finding into a message to policymakers and stakeholders could also be challenging, as models always bear a certain level of approximation of the real-world phenomena due to their inherent mathematical description.

What surprises have you come across?

It is interesting to see where major barriers to decarbonisation may lie. We recently modelled the real market segmentation of the ammonia industry in China, the biggest world ammonia manufacturer. As enterprises vary in size and governance, a net-zero transition becomes less favoured if specific policy mechanisms are absent to ensure competitivity. Therefore, in China, a net-zero ammonia industry would need to go beyond the unique implementation of a carbon tax and adopt more sophisticated subsidy schemes to allow the transition for enterprises with lower access to capital.

How can one find out more?

Information on the MUSE model can be found on the new Imperial College microsite, where you will see who is working on the model, our publications, and of stories from researchers sharing their views on the energy system transformations.

We will also launch our energy system simulator in the next month, where you can explore how the energy mix might evolve between now and 2100.

MUSE will soon be available as an open source software on a Github where you can copy the code, learn how the model works, and suggest ways to improve it, in a truly transparent global collaboration.

A blog by Dr Semra Bakkaloglu, a Research Associate at the 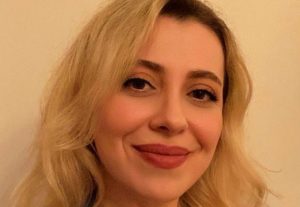 Biogas production could have an important role in renewable energy, reducing the adverse effects on the climate. However, biogas production’s contribution to emissions of the greenhouse gas, methane, is not fully understood. Methane (CH4) is the second most potent and abundant greenhouse gas after carbon dioxide (CO2) but because it only lasts in the atmosphere for short time (a decade) reducing methane emissions could have a more rapid impact on mitigating climate change. Unfortunately, there are significant discrepancies between official inventories of methane emissions and estimates derived from direct atmospheric measurement of biogas plants.  If biogas is to be a solution to climate change, we need to find effective emission methane reduction strategies, and sources also need to be properly quantified.

According to the United Nations Framework Convention on Climate Change (UNFCCC), biogas is defined as gas generated from anaerobic digesters. Biogas plant feed may be any biodegradable material, such as dedicated energy crops, agricultural residues, organic waste and paper mill waste. The integrated process in biogas plants includes feedstock supply and pre-treatment, gas treatment and utilisation, and recovery, pre-treatment and use of digestate (Wellinger et al., 2013). This comprises 50 to 70% methane, 30 to 50% CO2 and traces (1 to 5%) of hydrogen suphide and ammonia (National Non-Food Crops Centre, 2021). Biogas is used for heating, electricity or both. If biogas is upgraded to biomethane by removing other gases, biomethane has similar properties to natural gas and can be injected into gas grid or used as a road fuel.

Biogas production has an important place in renewable energy, reducing the adverse effects on the climate. However, high methane emissions from biogas plants can arise from fugitive emissions. Depending on engine construction, plant design and operation conditions, emissions can occur through venting from compressors, pipes, single large leaks or long-lasting pressure relief valves and incomplete combustions from combined heat and power units.

Biogas plants not accounted for

Waste practices in the EU and the UK have changed recently as more waste is being diverted from landfill to biogas plants and composting facilities. There are 579 biogas plants in the UK (National Non-Food Crops Centre, 2021) and their number of biogas plants has grown in the last decade (Figure 2). Unfortunately, most have not been included in the National Atmospheric Emission Inventory (NAEI).

The sustainability of biogas plants depends on the land requirement and greenhouse gas accounting (OFGEM, 2018). However, studies have shown that there is often a maximum loss of 9% of the total production rate of methane (Bakkaloglu et al., 2021; Scheutz and Fredenslud, 2019, and Samuelsson et al. 2018). Also, research conducted by my colleagues and I at Royal Holloway in 2021, demonstrated that biogas plants emissions may account for up to 3.8% of the total methane emissions in the UK. This does not include the sewage sludge biogas plants. We therefore need robust, consistent emission measurements in the UK. Legal requirements should also be implemented, not only UK Net Zero Commitment, but also for the sustainability of biogas plants.

Biogas in the UK’s Net-Zero Commitment

On 27 June 2019, the UK government committed to achieving net-zero Carbon emissions by 2050, in line with the UN’s Paris Agreement (Climate Change Committee, 2019). This Agreement sets out many recommendations as to how to achieve net-zero targeted, including:

According to a recent article on the UN website in December 2020, more than 110 countries have a carbon neutral strategy by 2050 but this aim can only be achieved with appropriate reduction methods. As a result of this zero-commitment, biogas plants have assumed a more significant role, not only in the renewable energy market but also in waste strategies.

Although emissions from biogas plants have not, as yet, attracted serious attention, they may jeopardise the net-zero commitment unless the necessary action is taken.

Read Methane emissions from biogas facilities are underestimated in full