BLOG: Building better energy systems models in the run up to COP-21

Dr Daniel Crow is a Research Associate at the Sustainable Gas Institute. Daniel’s research is focussed on the mathematical treatment of whole systems approaches to energy modelling.

The good and the great of the international Integrated Assessment Modelling (IAM) community assembled in Potsdam in November for the 8th annual meeting of the IAM consortium.  I’m used to attending conferences in slightly off-the-beaten-track places (due, perhaps, to a supposition that relative isolation leads to fewer distractions and a more focused delegation), and this one proved no except 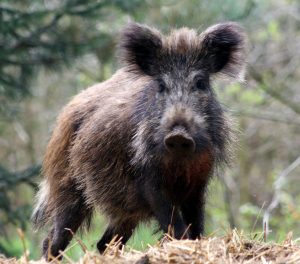 ion.  Perched on the edge of the Spree, in deep forest, our conference hotel was accessible only by foot along an empty track lit by arching, lonely sodium lamps.  A wild boar squealed at me on the first night.  It all looked a bit DDR.

Academic matters, however, felt decidedly 21st Century.  Main themes included a review of the state-of-the-art in IAM and an evaluation of the potential contributions that Integrated Assessment Models could make in the future.  Such models typically integrate the knowledge and methods of different academic disciplines (such as Engineering, Physics and Computer Science) to study complex problems at the nexus of the social, economic, environmental and political sciences, such as Climate Change.

There was much talk of the effictiveness, or not, of Intended Nationally Determined Contributions (INDCs) as a sensible route to implement climate action.  Miles Perry (European Commission) pointed out the need for a more “cross-border” approach to emissions targets and, in the run-up to the United Nations COP-21 meeting in Paris, expressed the Commission’s desire to “deliver a robust international agreement” and set “fair and ambitious targets for all countries based on evolving global economic and national circumstances”.

Roberto Schaeffer (COPPE) questioned the “watered-down” tone of the EU’s statement, as well as the continuing focus on mitigation rather than adaptation and resilience.  Schaeffer also pointed out that IAMs typically characterise climate mitigation in terms of costs above a business-as-usual scenario, misleadingly failing to include the (potentially much greater) costs of the fall-out from Climate Change: the costs of doing nothing.  Perhaps we should all be including an explicit “climate cost” in our objective functions.

The most interesting talks for me were those on uncertainty and the use of IAM projections. James Price (UCL) described a way to explore different future energy scenarios by

relaxing the requirement that the model (in this case UCL-TIAM) minimise the total cost.  Most normative models calculate the cheapest way in which a climate constraint (such as a less-than-2°C rise by the year 2100) could be achieved.  They show us “idealised” transition pathways that are rarely followed in messy reality.  Price’s talk explained how to build up a more realistic picture of future energy systems by exploring “maximally different” scenarios, each of which keeps the total cost low without formally minimising it.

Such “wiggle-room” might be a way to capture the uncertainties associated with brute optimization.  Although the model we are developing at Sustainable Gas Institute (SGI), MUSE, does not rely on minimising system costs, we might yet pursue some of these ideas as a way to improve the plausibility and robustness of MUSE outputs. 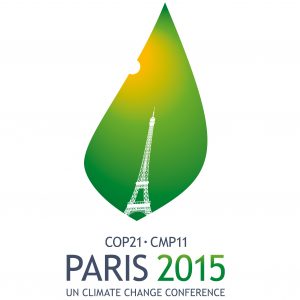 I was struck also by Evelina Trutnevyte’s (ETH) talk on the “impossible mission of embracing parametric and structural uncertainties”. Trutnevyte retro-modelled the UK power system transition between 1990 and 2010 using the bottom-up D-Expanse model and compared her results with what actually happened.  Total system costs were around 17% higher than those corresponding to the optimal transition pathway, leading to significantly different transition implications for technology deployment.  With a front-row perspective on all the myriad uncertainties that go into an Energy Systems Model, I found myself thinking that missing the mark by only 17% was actually rather impressive.

The meeting ended with a discussion on future perspectives and opportunities for Integrated Assement Modelling.  As the political debate involving “who?”, “what?” and “when?” type questions reaches its climax at COP-21 in Paris, it seems evident that IAMs and Energy Systems Models will play an increasingly influential role in providing a more objective rationale behind internationally agreed actions on mitigation and adaptation.

Our models are emphatically not crystal balls to gaze into the future, but faster computers, more data and better methods should give us more and more confidence in the scenarios they produce, and allow us to quantify the uncertainty inherent in those scenarios.

To find out more about the energy systems model, Daniel and the SGI team are developing, please contact us at SGI@imperial.ac.uk.

Read BLOG: Building better energy systems models in the run up to COP-21 in full