On the 30 October 2019, the SGI hosted Dr. Pratima Rangarajan, the first Chief Executive Officer of the newly formed climate investments company: The Oil and Gas Climate Initiative (OGCI). The 13 OGCI member companies represent 32% of the global oil and gas production and have invested US$ 6.5 billion altogether in low carbon technologies by 2019. OGCI Climate Investments aims to accelerate the development and deployment of innovative technologies that have the potential to significantly reduce greenhouse gas emissions on a significant scale across the globe.

Drawing upon her rich experience on the energy arena, Dr. Rangarajan has been the General Manager of GE’s Onshore Wind Product Line and GE’s Energy Storage as well as the Deputy Chief Technology Officer and Senior Vice President at Vestas Wind Systems.

As three quarters of the total greenhouse gases come from the power and industry sectors, the OGCI initiative has set a target to invest US$ 1 billion-plus in those sectors over the next decade, focusing on long-term impact. With this investment, OGCI members expect to seriously reduce their collective methane emissions by approximately 0.6 million tonnes. This is greater than a third of the methane produced annually by the end of 2025.

After carbon dioxide (CO2), methane emissions are the second most abundant anthropogenic GHG present in oil & natural gas systems, combustion, and certain industrial processes. Methane is more than 25 times as potent as CO2 at trapping heat in the atmosphere and accounts for approximately 20% of global emissions. Thus, significant GHG reductions can be achieved by a rapid and effective drop of manmade methane in the atmosphere.

CO2 emissions account for about 70% of global anthropogenic GHG emissions. In contrast with the short-lived of methane, CO2 can remain in the atmosphere from a few years to thousands of years. The second focus of OGCI Climate Investments is reducing CO2 emissions through increasing energy efficiency in the industry, transport and buildings sectors. Since almost two-thirds of primary energy is lost from production to end-use, OGCI’s actions are focused on improving energy efficiency and reducing wasted energy. In the industry sector, OGCI invests in the Boston Metal technology which cost-competitively produce emissions-free steel.

CCUS is being mainly applied in industry and power sectors, involving (1) the capture of CO2 from fuel combustion and industrial processes, (2) the transport of CO2, and (3) its use to create other products or services, or its storage in geological formations. To accelerate the CCUS industry, OGCI Climate Investments is developing 5 CCUS hubs via private and public partnerships worldwide.

This aims to create the necessary market conditions (policies) for substantial investments by OGCI member companies to decarbonise industry hubs around the globe. OGCI Climate Investments has made investments in five technologies for recycling and storing CO2, ranging from CCUS in enhanced oil recovery fields to CO2-based concrete cured and CO2-based polyurethane products. 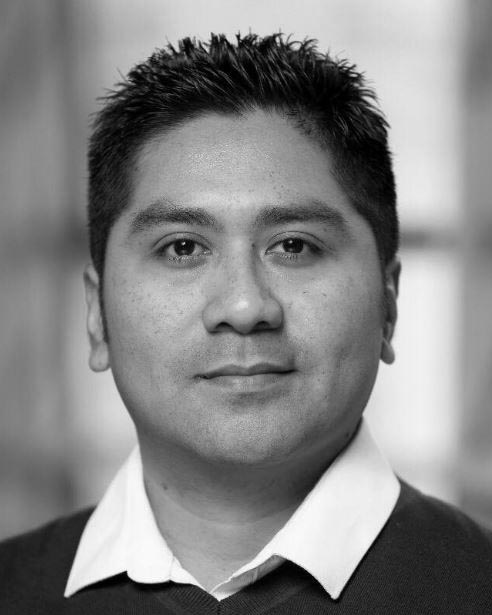 In my opinion, clearly, not. Unfortunately, capital practices, technology development and the natural conditions of the planet for sustainable production are clearly incompatible. If we want to limit the temperature increase to less than 2 degrees by 2100, we must dramatically reduce human-activity-based emissions, starting right now in industrialised countries. However, it is difficult for global companies to fully accept this proposal because it is incompatible with their businesses. Massive investments in low-carbon technologies would be certainly not enough. We also need to “invest” in a change toward an ecological civilization.

We have not yet decoupled economic growth (GDP) from carbon emissions. The challenge is for developing economies that may suffer from runaway emissions in a close future. We can see that the technological development is triggered/driven by capital forces of global companies which also leads to the full development of the negative aspects of technologies in the fact that capital can take advantage of even the ecological disaster that the same capital-intensive companies have greatly created. Inventing new business opportunities to benefit the capital from the current economic and environmental crisis would clearly exceeds the natural limits of the planet and is indeed a contradiction with the current level of human civilization. Decoupling GDP from carbon emissions will certainly require a set of environmental policies and a move to less carbon-intensive economy sectors.

A serious commitment to global warming simultaneously requires a conscious struggle against the way we use and consume energy and materials. Energy AND material flows should be jointly assessed which will require to explore the energy consumption and consumerism toward the production of unnecessary goods. Recent scientific progress has identified that a critical analysis of combined economic policy and natural sciences is needed for a radical change in the increased of energy demand and materials consumption across whole economy sectors.

We truly need to re-establish production systems that strike a balance between human beings’ progress making sure we use our natural resources sustainably. This radical change should not only consider massive capital investments in low-carbon technologies but also leaving fossil fuels in the ground, exponentially increase the deployment of renewables and most importantly changing the growth paradigm, where the planet’s resources and the natural environment must be handled with care.

More about Diego’s research can be found here.