Methane is the second most important greenhouse gas and because of this, over 100 countries have pledged to cut their emissions of this potent greenhouse gas. All efforts so far to cut methane from the atmosphere have focused on reducing emissions, targeting sectors such as oil and gas, agriculture and waste management. While this is effective in reducing the amount of methane present in the atmosphere, they cannot reduce methane emissions to zero. Also, these actions could be hindered by methane emissions from thawing permafrost caused by current increases in global temperatures. Therefore, there may be the need to remove methane from the atmosphere, but this is an area with little ongoing research and many data gaps.

Unlike carbon dioxide which can be removed directly from the atmosphere, methane removal centres on enhancing the conversion of it into carbon dioxide, or other chemicals. The reasoning for this is because of methane’s strength as a greenhouse gas; 82.5 ± 25.8 times as powerful as carbon dioxide over 20-year time horizon and 29.8 ±11 times as powerful over 100-year time horizon (1). Therefore, by converting it into a less potent greenhouse gas, its global warming impacts are greatly reduced.

The methods which can be used to remove methane focus on increasing the size of existing methane sinks (natural systems which remove it from the atmosphere) or other ways of converting it into carbon dioxide and other chemicals:

The main sink for methane is the reaction with hydroxyl (OH) radicals in the atmosphere, which coverts it into carbon dioxide. Therefore, methods of increasing the amount of OH radicals in the atmosphere would enhance the rate of methane removal. Iron-salts have been found to enhance OH radical formation from sea water by mimicking the reaction of mineral dust (2). By applying iron-salts to sea water, the formation of OH radical and Cl is enhanced, both of which react with methane.

Direct oxidation and conversion into other chemicals

Methane can be converted into carbon dioxide without OH radicals. Methane can react with oxygen in the presence of a catalyst, in a reaction similar to combustion, to produce water and carbon dioxide. Many catalysts can be used including photocatalysts, metal catalysts with zeolites and porous polymer networks (3). These are used in air contactors, like those used in direct air capture for carbon dioxide removal, where air flows through the materials containing the catalyst. Methane can also be oxidised to form methanol (3). It is also possible to directly converted methane into chemicals such as ethane and ethylene in the presence of a catalyst (5) and platinum-based catalysts have been found to be effective for this.

While it is possible to remove methane from the atmosphere, its direct removal is an area with little ongoing research. Reasons for this are that the concentration of methane in the atmosphere is much lower than carbon dioxide (~200 times lower; 1.88 ppm methane versus 410 ppm carbon dioxide). Therefore, it is more energy intensive to remove methane from the atmosphere because large volumes of air need to be processed to remove significant amounts of methane. Other reasons for why little scientific interest have been placed on methane removal is that it is currently much more effective to reduce the concentration of methane in the atmosphere by emissions abatement e.g., reducing venting and flaring in oil and gas or waste management practices in agriculture. 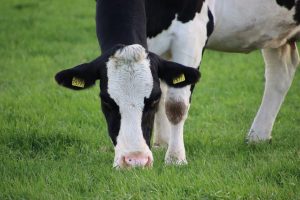 Could it help us reach our climate goals?

Overall, methane removal from the atmosphere could play a role in meeting future climate targets but this is dependent on how successful methane emission reduction initiatives are, as well as other decarbonisation strategies e.g. phasing out fossil fuels and ramping up renewable electricity. Methane removal is not a substitute for methane emissions abatement but could be complimentary to it if further sharper and deeper cuts to methane are needed to reach Paris Agreement goals. If net-zero pledges are successful and more initiatives like the Global Methane Pledge Methane are established, then methane removal is unlikely to play a role in future decarbonisation strategies.