This article was written by Siyuan Chen, a Ph.D. student from Tsinghua University in China who is currently on a placement at the Sustainable Gas Institute. Siyuan in this article describes an energy model that his team is working on that aims to address the huge air pollution problem in China.

Over the last few years, air pollution has become a severe problem in China, especially the haze problem. From  2013 to 2016, Beijing experienced haze weather for 183 days each year on average. The wide range of haze weather causes many problems including traffic jams, flight delays, and increasing respiratory disease. There are many reasons for the severe air pollution problem in China, which include vehicle exhausts, construction dust, factory fumes, and coal combustion. However, coal combustion is considered as the major contributor to air pollution, and in China, more than half of the coal consumption is for electricity generation.

Therefore, cleaner production in the power sector plays an important role in tackling the air pollution problem. So how can China ensure it reduces the environmental impact of power generation, and how can energy systems modelling help?

In order to solve this urgent air pollution problem, the Chinese government launched the “Action plan for air pollution prevention and control” in 2013. The action plan aims to reduce the inhalable particulate concentration by over 10% in 2017 compared with 2012 levels. At that time, ultra-low emission technologies of coal-fired power plants were developed and first deployed in 2014. Sulfur dioxide (SO2) and nitrogen oxides (NOx) emissions from coal-fired power plants equipped with these emission control devices are lower than 35 and 50 mg/m3 with 6% oxygen content respectively, which is as clean as gas-fired power plants. In order to address the air pollution problem, the Chinese government plan to retrofit all qualified coal power plants with ultra-low emission technologies by 2020.

However, the policies are still vague and the impacts of this change are unknown. So it is essential to find a cost-effective clean production pathway for China’s power sector to address the air pollution problem.

Power generation expansion planning is used to determine the optimal type, location, and construction time of power generation technologies whilst ensuring that the increasing power demand is met. Recently, environmental issues have been taken into consideration due to the growing concern of global warming and air pollution.

To deal with China’s air pollution, it is important to conduct power generation expansion planning with environmental constraints. At Tsinghua University, we have developed a model, known as the Long-term Multi-regional, Load-dispatch and Grid-structure based power generation planning model (LoMLoG), to support the decision-making process to help planners understand the environmental issues.

The model takes into account the following four factors:

Natural resource and electricity demand in China have an uneven spatial distribution. China has abundant resources in western areas, such as fossil fuel and non-hydropower renewables in Xinjiang and Inner Mongolia and hydropower in Yunnan and Sichuan. However, power demand in eastern coastal areas (e.g. Shanghai, Jiangsu, Zhejiang, and Guangdong) is much greater than in these resource-rich regions. Based on these regional characteristics, China is divided into seventeen areas reflecting power demand and natural resources.

Electricity demand has high volatility in a 24-hour period on a day-to-day basis, and also from season-to-season. It, therefore, needs an accurate and reliable electricity supply to match the needs. From the electricity supply side, renewable energy also has a high temporal variation and can be used only when resources are available, which increases the uncertainty of the power system. In order to handle this problem, a temporal module is introduced. We have therefore divided each year into four seasons and each day is divided into twenty-four hours to capture the high time resolution of the power system.

According to the 13th Five-year Plan for Eco-environmental Protection issued by the State Council, national sulfur dioxide (SO2) and nitrogen oxides (NOx) emissions must be reduced by 15% in 2020 compared to 2015 levels. The emission reduction targets set by the government are therefore also incorporated into the model as must-achieve goals so that air pollution can be controlled.

Cleaning up the power sector

Our model presents a cleaner way for the power sector to reduce and control air pollution. The results show that ultra-low emission coal power plants would account for 60.5% of total coal power plants by 2020. The capacity of renewable energy (wind, solar PV, hydropower) would account for 36% of total power generation units. Due to the large-scale deployment of ultra-low emission technologies in coal power plants and rapid growth of renewable energy, SO2, and NOx emissions would decrease by 44% and 21% in 2020 compared to 2016 levels.

The regional capacity expansion pathway of power sector is also shown in the results. Thanks to the construction of long-distance Ultra-High-Voltage power transmission lines across China, eastern coastal areas with greater air pollution could import a great deal of electricity from western and Northern China, which helps them to decrease local coal power generation and air pollutants emissions accordingly. 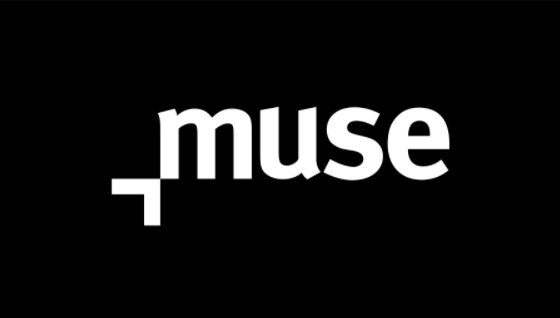 Air pollution control is generally the short-term goal of China’s energy system. In the long term, climate change issues will need more attention. China has made a firm commitment in the Paris Agreement and has become an important participant, contributor, and torchbearer in the global endeavor for environmental civilisation. Therefore, it is vital to find a low-carbon transition pathway for China’s power sector, which would be the focus of future work.