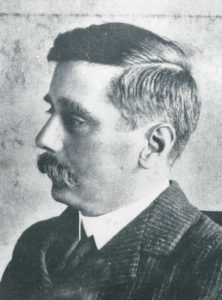 Sitting in the archives for 56 years is an audio tape of a lecture given by C.P Snow. On 5 December 1966 Lord Snow gave his centenary/memorial lecture on H.G. Wells who was born 100 years earlier on 21 September 1866.

I’m fairly certain that no one has heard this lecture since it was recorded, so I thought it a good idea to bring it to this archive blog. Clearly there are no moving pictures, so this is something to sit back and listen to. There is a lot of echo within the room in the original Huxley Building (now part of the V&A on Exhibition Road since 1975) where this was recorded, so please bear with it. There’s lots of information about Wells that Lord Snow put into this presentation.

Back in 1981 there was a revival of the HG Wells Society and you can read about that and see the interview with Pallab Ghosh.