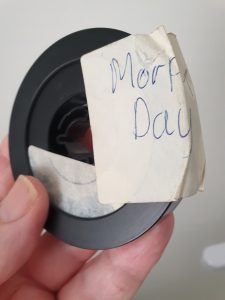 Seen for the first time in HD, it’s Morphy Day c1972. Digitised from 8mm film you’ll see Morphy Day, as you may never have seen it before. Well, you might have seen it, but only if you had viewed the actual 8mm colour film, but that’s unlikely.

Morphy Day was filmed on Super8 for inclusion in STOIC’s news programme called TOPIC. Sadly the spool is undated, and I’m not surprised. They were extremely bad at archiving; unless of course I moaned at them. This spool, along with some others, seems to have slipped through the net. So, I’m second-guessing at a rough date of around Autumn term of 1972. 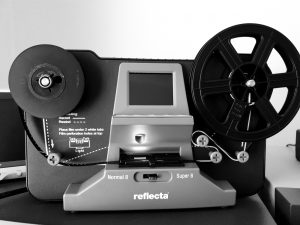 Recently, I bought, for myself, an 8mm film scanner. This is not a projector, but rather a device to capture each film frame, one by one. A standard 50 foot reel of 8mm film takes about 30 mins to capture in HD. As I have many reels of my own film in both Standard 8 and Super8 formats, it was a worthwhile purchase. Having completed all of my personal films, I’m moving on to the archive collection. 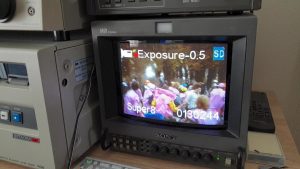 The film scanner has a built in screen to show the frames being scanned, but I connect it to an external monitor to see better whether I have the exposure and other adjustments set correctly. Then it’s just a case of sitting back and waiting for the scan to end. I make some adjustments to exposure and colour in post-production after the scan is complete. The end result is vastly improved over the previous version that I put up in 2016 and of course it’s now in HD.

In December 1981 former RAF pilot Sir Douglas Bader visited Imperial College Bookshop to promote and sign copies of his new autobiography. He took part in the Battle of Britain, was imprisoned at Colditz Castle and his life was chronicled in the film Reach for the Sky.  Surrounded by copies of his books, Lawerence Windley managed to get a few words with him.

Within a year of this video, in September 1982, he had died.