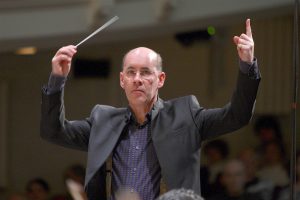 I recently discovered this U-matic videotape of a 1982 performance by the Imperial College orchestra. Notable is the early appearance by Richard Dickins (right), this was before he had been appointed conductor and subsequently director of music at Imperial College.

The quality and especially the colour are rather poor, but once again I’m thankful that we do at least have this recording, brought to you for the first time since being digitised. 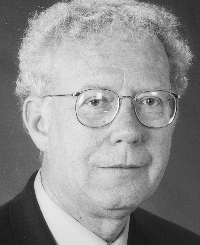 He joined Imperial in 1995 from the University of Florida, having made the seminal discovery in 1969 of Bioglass − the first reported synthetic material to form a bond with living tissues.
As Chair in Ceramic Materials at Imperial, he set out to uncover the basic cell biology mechanisms that gives Bioglass its remarkable properties. He set up the Tissue Engineering and Regenerative Medicine Centre with the late Professor Dame Julia Polak. There they made the fascinating discovery that the unique bone 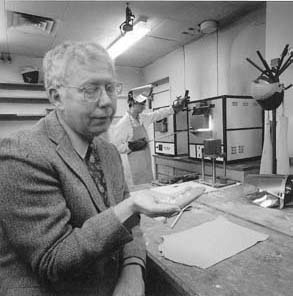 growing properties of the glass were due to the dissolution products of the glass stimulating bone cells at the genetic level. Members of their team went on to make the glass into 3D scaffolds for use in bone regeneration.

The only video footage in our archive is what we shot for inclusion in his inaugural lecture in June 1996. And, unlike other inaugurals that we have recorded clips for, this one actually has him in it.