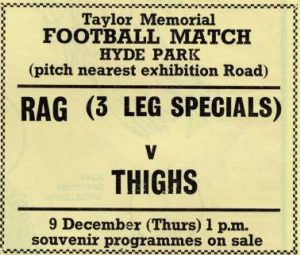 This post is a rare exception because the moving images, (in this case on 35mm film) are not held by Imperial College. The clips are from a British Pathé News item that would have been seen only in cinemas.

The Queen Mother visited St Mary’s Medical School for the 1954 Centenary Celebrations and I assume, is seen putting items into the second foundation stone (time capsule?) for the new buildings. Both of the reels do look as if they were never actually used and appear more like original rushes. An end result for Pathé would have had a commentary etc, on it. So don’t be concerned that the segments seem to stop and start a lot.