This is a special entry to coincide with the Restoration of Prince’s Gardens event on 15 January 2010. I should explain from the outset why we are now making references to Eastside rather than Linstead. This is because the new building is larger than before and is now made up of three halls: Linstead, Gabor and Wilkinson. In my first entry about Southside, I did make reference to things associated with Linstead Hall and in particular the hall dinner.  We will see a clip of one of those dinners in the video which is located later on this page. In 1993 we made a video for prospective undergraduates and some of that video was shot in Southside and Linstead halls, that’s the footage we’ll be seeing.

The  evening dinner was special in college, because it happened in no other hall. History tells us that ‘Construction was funded by an anonymous benefactor in 1963 who stipulated that dining facilities must be available for male residents’. There was an extension to Linstead in 1980, however it was of a completely different design, as can be seen in the 2004 photo (newer on the left older on the right).

Construction of the hall dates from 1966, as can  be seen in this photo taken of the foundation work in August of that year. You will also spot Weeks Hall in the background of the second photo by Sydney Newbery, showing the building covered in scaffolding. This photo dates from March 1967. At the time of the opening, in 1968, the rebuilding work was considered to be complete, until the extension was added in 1980!

While looking through photos of Linstead Hall I found several of the interior that date from 2004. One of these shows the bar and interestingly I received an email the very same day from a former student Max Clark, who tells me he was in Linstead for two years. He said “…I was in Linstead for two years and on the hall committee both years including being Bar Chairman in’75 (I still have the tankard somewhere)…”

I hope then, that this photo, from April 2004, will bring back some memories for him and others alike.  Before we move on to more recent events it’s worth also mentioning the gardens within the square. These have been restored to recapture the spirit of the original gardens but paths have been relocated. The railings to the North and South have also been restored.

Restored too is the urn, a centre piece of the gardens for many years. Here is a photo taken of the gardens in the 1990’s with the famous urn filled with Daffodils, this was obviously taken in the spring. And so now on to the video footage that we have available. I have mentioned the hall dinner and this first video (link below), is a compilation made for the event on 15 January 2010, gives a glimpse of what an evening dinner was like. Who knows, you might spot yourself sitting there back in 1993. Also within this compilation are highlights from the 2007 demolition ceremony, the 2008 topping out ceremony, the time-lapse of the new building and an interview with Steve Howe about the waste materials associated with the building work.

During the first term for the new Eastside Halls (Autumn 2009) we made a video (link below) to show what it was like to live there. In the video you will get an idea of modern hall life, see some the new facilities and get a feeling of the bright and modern interior. Some of you will also recall the old Southside Shop, this has come back to life in a new form within Eastside and you will see a shot of it in this video.

As always my thanks go to Anne Barrett of the college archives for locating the black and white photos of the original building work of Linstead Hall. The colour photos were by Neville Miles. And a final request. Anyone wishing to add to our collection of photos, videos or films of past college life can do so by simply adding a comment to this blog page and I will find the right person to contact you. Indeed you may simply wish to add your memories of hall life and you can do so below. 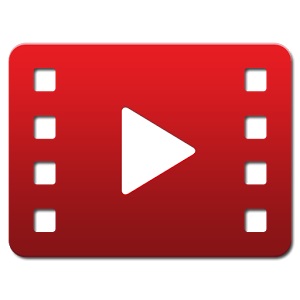