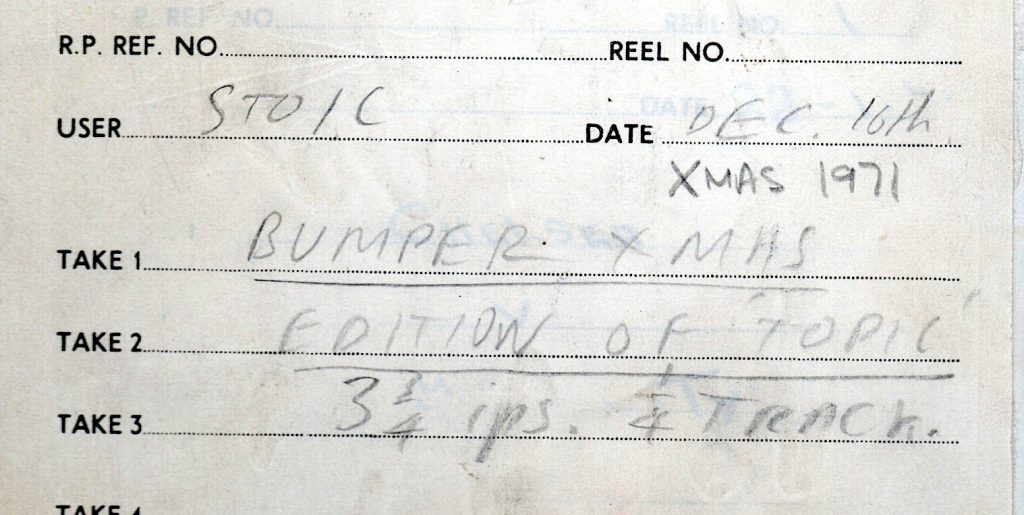 Some of the 8mm films that I re-discovered, and have since digitised in HD, are for the 1971 Christmas edition of TOPIC. This was the weekly news programme made by STOIC and shown in the Junior Common Room. There are several items that were featured in the programme that originated on 8mm film, some in colour and some not. As previously discussed, very few videotapes still exist from the early years of recording in the TV Studio. It was mainly the cost of the actual videotapes that prohibited us from keeping them for archiving. However, a way to keep something of a programme was to copy the audio onto a relatively cheap audio tape. 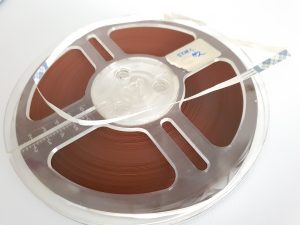 Fortunately this was done for a few programmes made by STOIC the student TV service. I also have some extracts from various TOPIC programmes that I kept myself. However, the interesting thing about TOPIC from Christmas 1971 is that not only does the audio from the programme still exist, but the film inserts do too. So, I am recreating some of the items as they would have been seen some 50 years ago. The only difference is that many of the filmed items were actually shot in colour, even though we ran in black and white until 1979.

The first item to be recreated in HD is the City and Guilds Motor Club’s A to Z Rally. I have slight confusion over the date though. Dave Willis who you’ll hear on the soundtrack says Sunday 4th December, but the Sunday was the 5th. I’m assuming, from looking at the film, that this was indeed a Sunday because the roads look very quiet and that he was simply given the wrong date.

Either way, we know that it’s December 1971 regardless of the actual date. So here then is what would have been seen nearly 50 years ago, along with the original studio commentary and background sounds.