What better way to start 2018 than with some music. 39 years ago, way back in 1979, the student TV service STOIC were recording their weekly college-wide news programme called News-Break. This particular programme from 31 October 1979 featured a college jazz group called SP3 and I have no idea where that name came from, but it must mean something, probably science related I suspect. Music was not new in the studio as we’d tried this type of thing before and again later on in the 1980’s, but then it was in colour.

Introduced by STOIC regular Dave Ghani it was also the end of the programme, so you’ll see a few end credits appearing including my name it seems. This all looks very amateur but it was all done with less than mobile cameras, in one take and with no rehearsal either.

Here he is talking to Paul Johnson about how to go about finding accommodation during the next academic year. Once again, this is an edition of STOIC’s Summer Lunch Break with an interview recorded in black and white, but with a colour introduction. 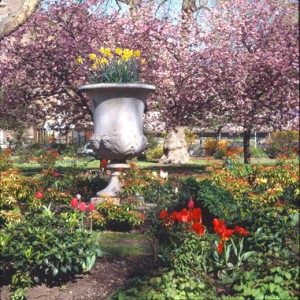 Way back in the days of black and white, the Student TV Service STOIC captured some of the excitement of the 1979 Students’ Union Rag Fete, that was held in Princes Gardens. This is also a good record of what the gardens looked like before they were altered at the time of the rebuilding of Southside Halls and Linstead Halls (see 1990’s photo on right). Guest celebrity was actor Christopher Biggins. The report is introduced from the TV Studio in colour, by Sarah Clifford. 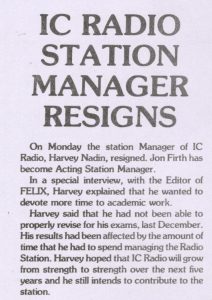 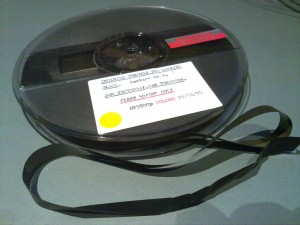 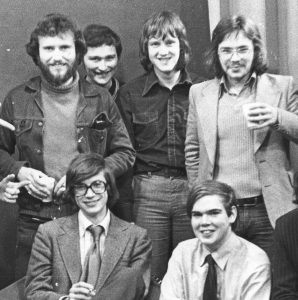 This section looked at “Life at Wye”