Proving extremely popular are the videos and films made with Professor Eric Laithwaite. 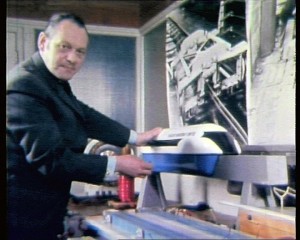 In this blog I’m pleased to be able to bring you one of several films that were in the personal collection of Eric Laithwaite and that I was lucky enough to be able to secure in the Imperial Archive after he’d died.

Engineering the Hovertrain was made in 1972 by the then, Central Office of Information. It’s about the only real example of the creation and operation of the experimental hovertrain vehicle the RTV31, seen running on the test track that was built in the UK.

2 comments for “Engineering the Hovertrain 1972”